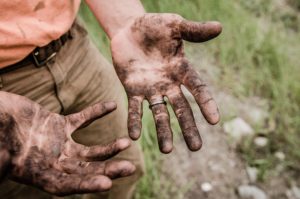 Legal Aid of North Carolina filed a lawsuit in the Eastern District of North Carolina on behalf of 4 migrant farmworkers who came to the U.S. with H2A temporary guestworker visas to work for H2A Labor Contractor Filiberto Perez in 2015 and 2016. The workers alleged that Perez failed to pay them for all the hours that they worked in cucumbers, tobacco, sweet potatoes and other crops. They alleged that when they were paid by the piece, on a production basis, they earned less than the required minimum wage per hour pursuant to the Fair Labor Standards Act and the H2A program. The workers further alleged they that were required to pay an illegal recruitment fee of $1,000 to obtain their visas to work for Perez.

The defendant crew leader denied that he underpaid the workers or charged recruitment fees but ultimately agreed to settle the case for the full amount of actual damages owed to the workers – all the alleged unpaid wages and the illegal recruitment fees – for a total of approximately $12,000. Defendant also agreed to pay a portion of Legal Aid’s attorneys’ fees and costs.

Perez was also investigated by the U.S. Department of Labor Wage and Hour Division for similar violations. Workers of this employer can contact Legal Aid at (800) 777-5869 to learn more about how they can claim any monies already collected on their behalf by the Department of Labor.